Virginia, Veronika and Me 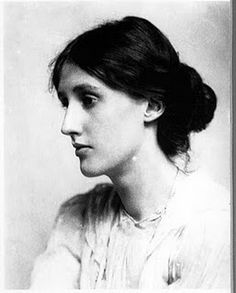 Virginia Wolff said a woman needed a room of her own to write. I have that, luckily. Paul Coelho needs to see a white feather before starting a new book (confessed to me in Glasgow as he signed my copy of Veronika Wants to Die ). Last week a seagull feather from the ‘no man’s land’ seagull-crow-battlefield that is my garden wafted towards me: the omens are good for a new novel. My only problem is my personal version of writer’s block: Procrastination.

I’ve known this word for 50 years, having written ‘Procrastination is the thief of time’ more often than I care to mention as a punishment exercise in Latin class, where I learned ’cras’ means tomorrow. Hundred-line penalties were inflicted for late homework or inattention. Latin was the only class in which I got lines. It could be tedious, ergo my diversion to events outside the window or neighbourly chats. During my medical career procrastination was unthinkable. Dalliance in writing case notes or prescriptions risked lives, but in retirement after I took up writing my penchant for ‘fiddling while Rome burns’ has recurred. It takes various forms.

There’s obsessive tidying of paperwork/desk (even involving Pledge polish). Or the filing or shredding of scribbles and editing mountains of past projects. Then an excursion uptown (Paperchase) to purchase a new notebook to have ready to hand (invariably missing later however when inspiration strikes). Often a compulsion seizes me to tidy long-neglected messy drawers and wardrobes resulting in another excursion (British Heart Foundation charity shop). Finally comes the obligation to check emails or social media one last time in case I’ve missed something pressing (unlikely: Harper Collins doesn’t know my name).

Even once I have crossed the Rubicon (note classical history allusion: Mr Steele left some impression on me) to sit down and boot up the laptop, I am not ready to engage in battle. First, I ponder the characters, their names (liable to daily change) their backstory (less so) plus plot timelines (totally fluid). The greatest time-wasting wheeze is an internet trawl. When writing my debut novel Not The Life Imagined about sixties medical students, hours could be lost confirming the Christmas Hits of 1969 or exact date of the Ibrox Football Disaster. Google is a procrastinator’s dream: cue You Tube videos of the Kinks or press reports of Ecuadorian football disasters. The cliché ‘one thing leads to another’ is never truer than when applied to meandering off-piste in successive grasshopper web searches. I admit to occasionally forgetting what I was looking up in the first place…

So, now I have a new folder in One Cloud and print-outs of my characters, plots, timeline and intended themes pinned to my board. Do I start? Do my plans ‘go by the board’? (I love clichés: shame they’re de trop). No. My characters assume a life of their own. I can’t predict what they’ll be up to next. In Not The Life, one unexpectedly burned an incriminating body. Another committed suicide and flipped the complete order of the book. I was as surprised as any reader might be! Am I the only writer who loves writing as much as reading? Who admits to a tear in her eye as a protagonist holds her dying father or to a chortle at another’s absurd behaviour?

Well, I’m off now, scanning for the just, seem, maybe, actually and merely disease that infects my work so easily, trying to ‘show’ not ‘tell’ and avoid the pitfalls so masterfully outlined in the inestimable Henry Wood’s How Not To Write a Novel. I especially covet ‘If only she’d known…’ Would I ever have started writing if I had known how much gets in the way of getting down to it? Or would I have been just, maybe, merely, actually, better tidying my house?

Sign up for quarterly book updates, events, blogs, extracts and reviews. (We promise you won’t be swamped!)